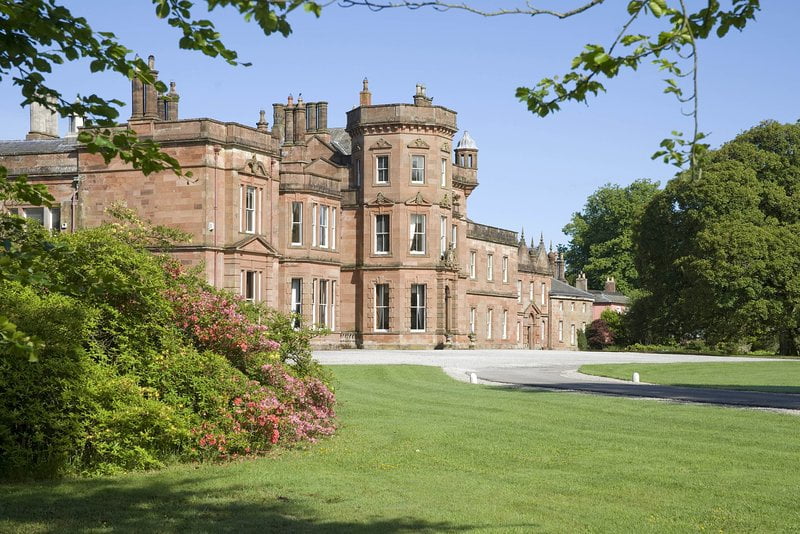 Book an apartment at Netherby Hall.

The apartments at Netherby Hall are furnished to a very high standard, providing magnificent views of The Netherby Estate parklands over towards the Solway and the hills of Scotland beyond.

Gardener’s cottage is set in the magnificent grounds of Netherby Hall. Like all the accommodation available at Netherby Hall it is furnished to an exceptional high standard.

The sitting room and kitchen both benefit from windows looking directly into our walled garden. 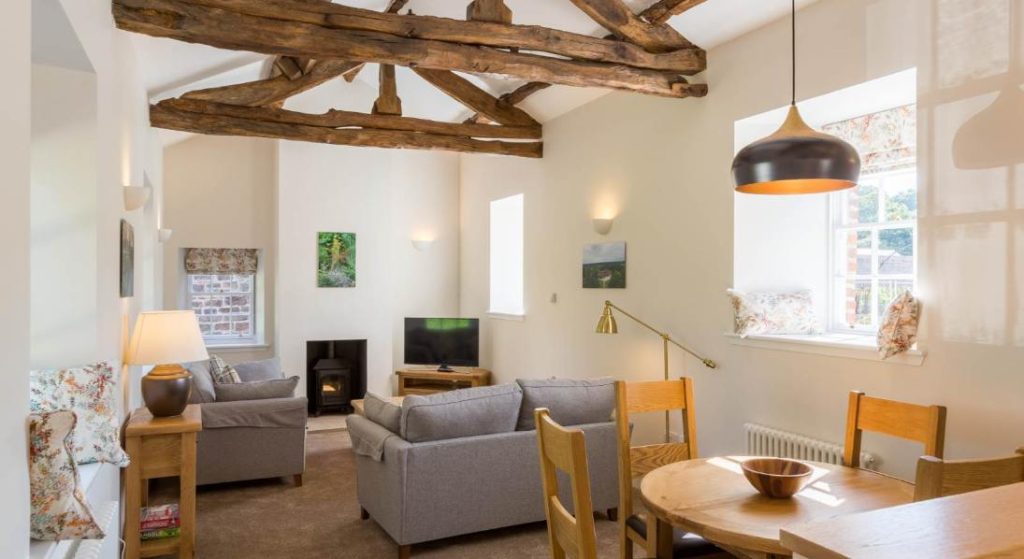 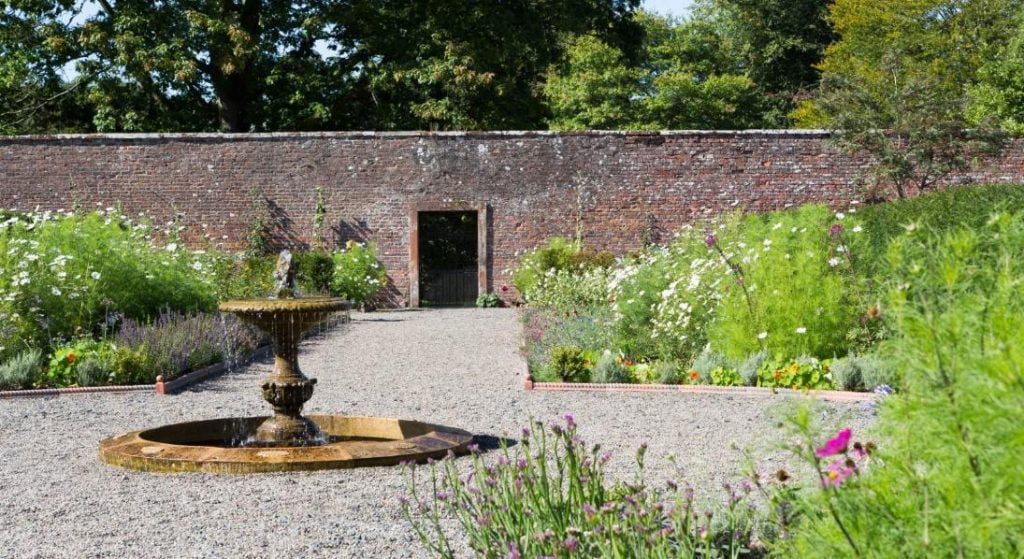 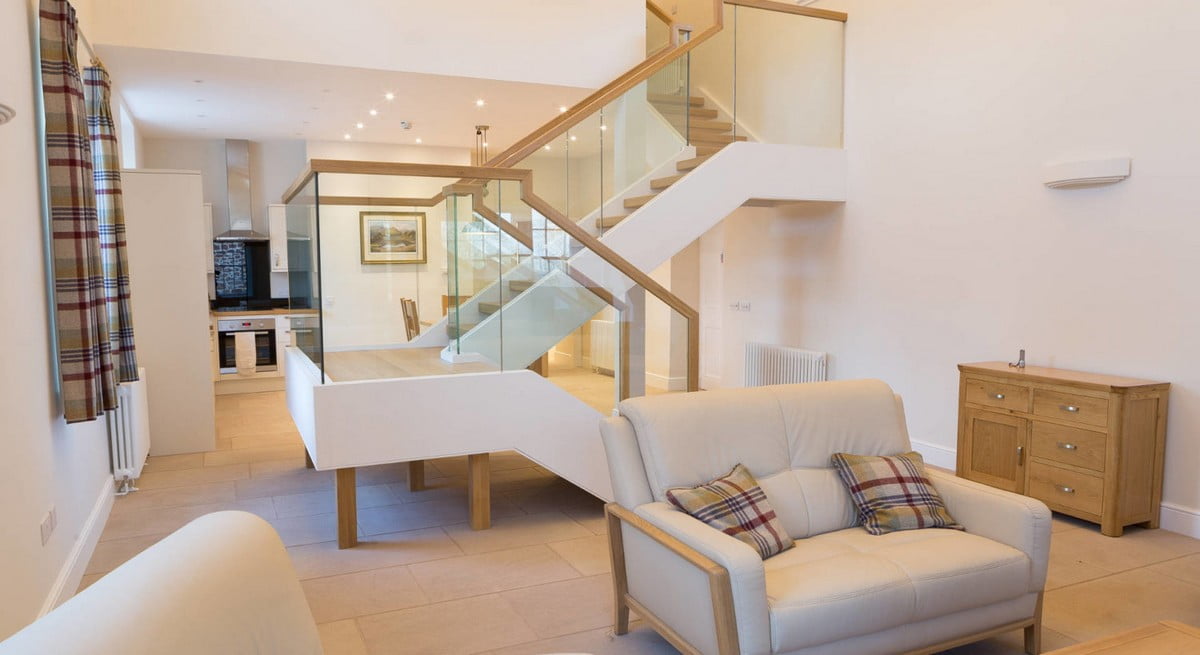 The Sir Walter Scott Apartment is a delightful 2 bedroom, self-catering apartment which is furnished to a very high standard.

The downstairs area is open plan with an impressive glass staircase going through the centre which also features original oak beams. It has a large seated area which has a log burner and also a 40 inch smart T.V. The dining kitchen area provides a table with seating for 6 and a fully equipped kitchen with, coffee machine, dishwasher, washer/dryer, fridge freezer and cooker with induction hob. All crockery and cutlery are provided. Downstairs there is also a toilet with wash hand basin.

Want to see your car featured alongside other Performance/Supercars or Vintage/Classic cars? Featuring your car is a rewarding experience where you can share your knowledge with show visitors and like-minded enthusiasts. 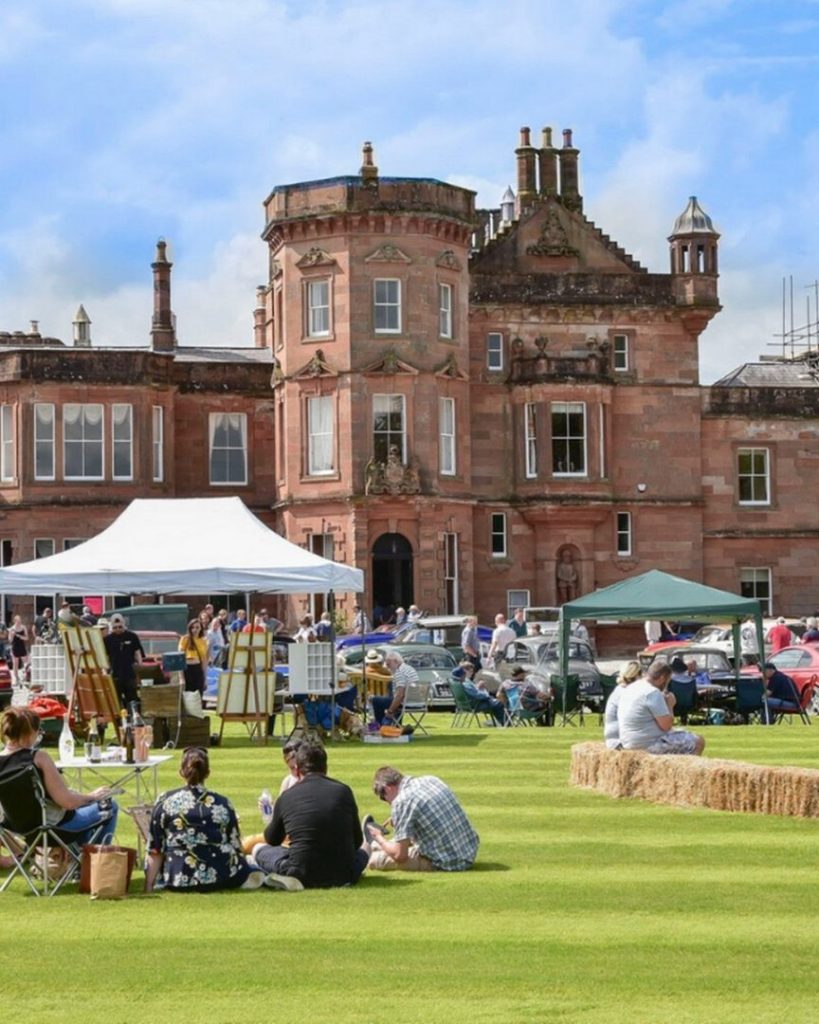 Purchased by Gerald and Margo Smith in 2014, who have since transformed Netherby Hall into a modern hospitality enterprise, with nine luxury self-catering holiday cottages and apartments, as well as a venue which is available for corporate event hire.

Moot Hall is a dedicated conference centre located in the 36 acres of the privately owned Netherby Hall estate, with modern facilities and plenty of space - inside and out - for productive meetings and memorable events.

The Walled Garden at Netherby Hall is run in the traditional way, producing herbs, fruit and vegetables for the table and flowers for cutting.

A History of Netherby Hall

If settlements could talk, Netherby Hall would have a fascinating story to tell - records show it has been occupied for at least 2,000 years. By AD80 the Romans were probably using the site as a base but it was not uncommon for the forces of the greatest empire in the world at the time, to take over places long used by local people.

A History of Netherby Hall


Netherby Hall is an outstanding grade II* mansion house in LONGTOWN CUMBRIA, steeped in history from the Roman times to the modern day.

Centred around a 16th Century pele tower, Netherby Hall has been developed over the centuries with later additions in the 17th, 18th and 19th Century. The Hall is built on the site of a Roman fort known as ”Castra Exploratorum” and it is believed that some sections of the house have been built using some of the fort stones.

The house stands in 36 acres of parklands with extensive lawns, a Victorian pleasure garden and a walled garden covering just over an acre. 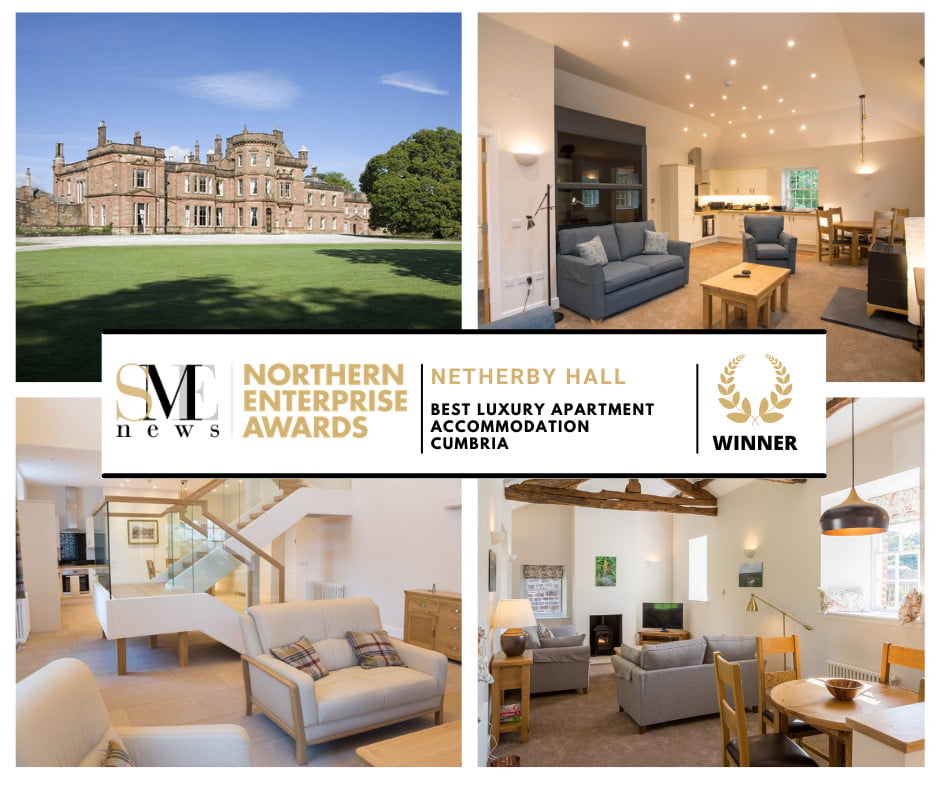 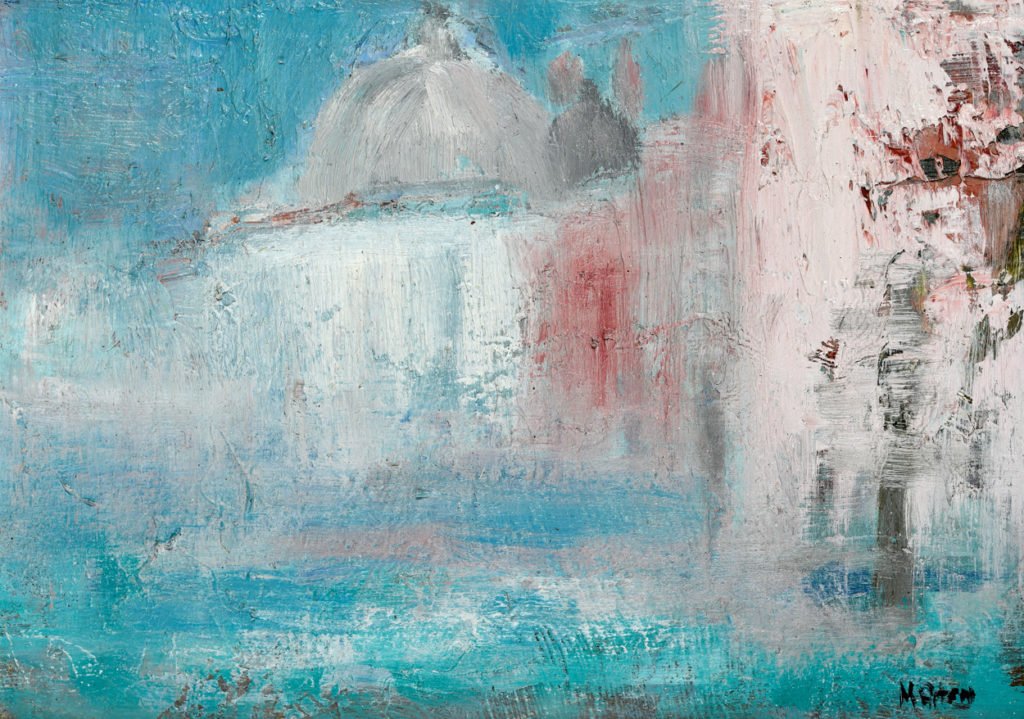 Michael was a professional Gamekeeper for 40 years- now pursuing a full time career as a professional artist. A serious accident in 2006 led Mike to rekindled his love for painting, creating works very much influenced by his time outdoors.

In 2014, Michael’s professional art career was launched with a very successful sell out Spring Fling solo exhibition. Has had numerous successful solo exhibitions since 2014 and shown in galleries throughout the UK. Paintings have been sold to private collectors as far afield as France, Belgium, Canada, America and Dubai. 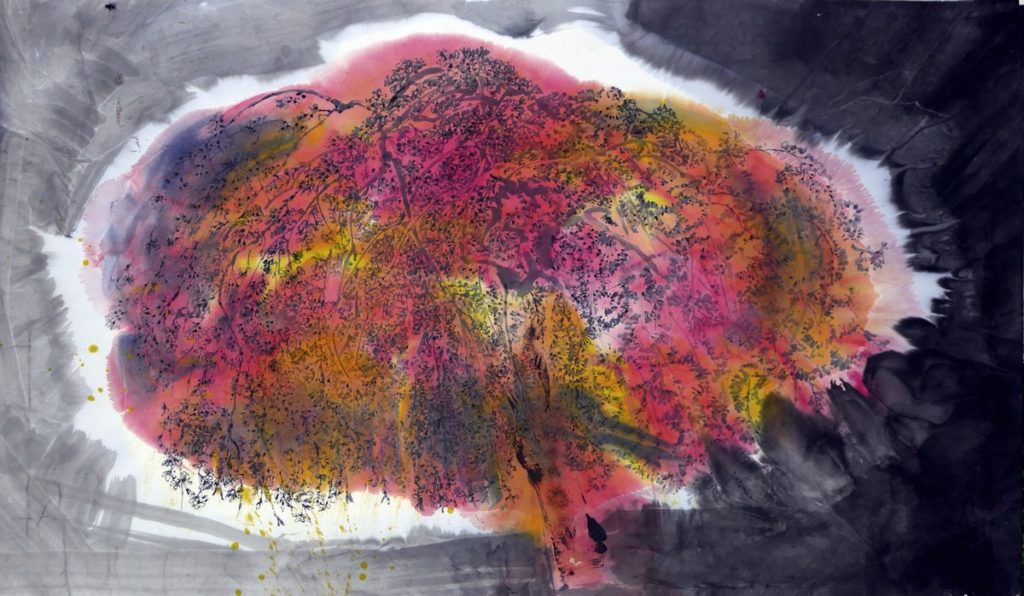 I often use the materials and techniques of ink painting, a spare and eloquent form with its roots in China and Japan. I studied and painted in Japan for some years and still visit there for my work. My latest return, on which I have based these paintings, largely focused on Shintō shrines and icons, monuments to a faith that subtly connects the age of myth to cutting-edge modernity. 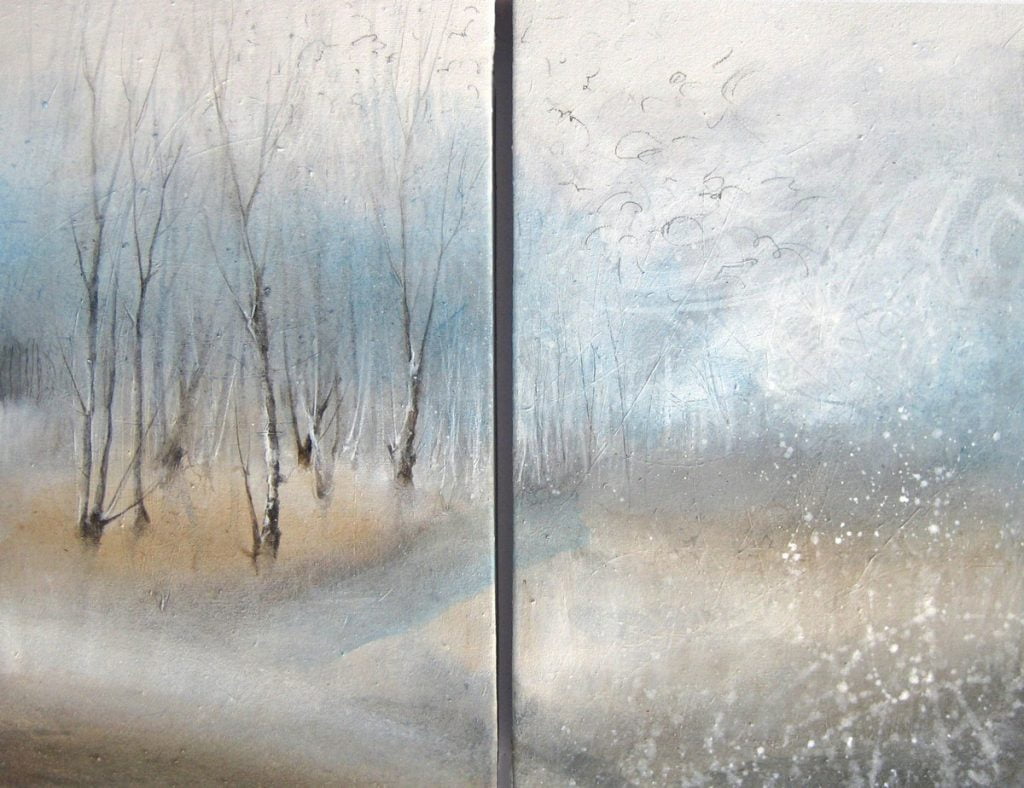 My work seeks to reflect the transience of my surroundings, suggesting shelter and growth as well as vulnerability and loss. There is an intuitive involvement with memory and sense of place. Using my own experience of the natural world, I explore in the notion of landscape as an environment of immense history but also uncertain stability and try to experience it ‘in transit’, as a traveller simply passing through.